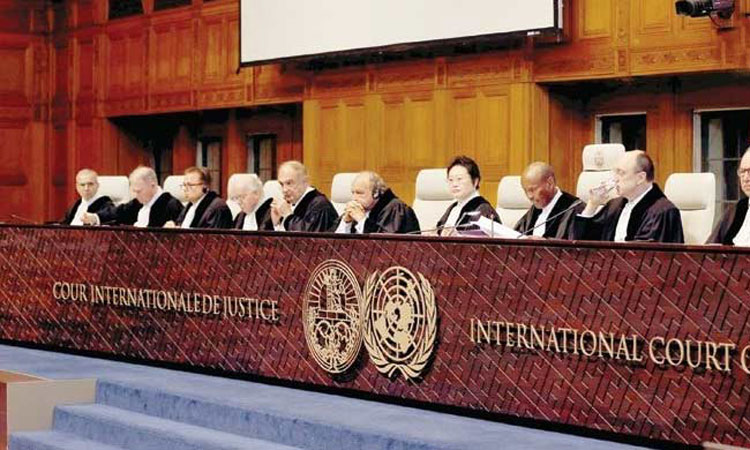 On February 26, 2022, Ukraine filed an application at the International Court of Justice (ICJ) to initiate proceedings against the Russian Federation under the Convention on the Prevention and Punishment of the Crime of Genocide. Ukraine seeks to address Russia’s groundless claims that genocide has occurred in the Luhansk and Donetsk oblasts of Ukraine and establish that Russia has no lawful basis to take military action on the basis of those false claims. Ukraine has also requested the ICJ exercise its authority to indicate provisional measures to preserve Ukraine’s rights and limit the ongoing and irreparable harm to the Ukrainian people as well as Ukraine’s sovereignty and territorial integrity within its internationally recognized borders.

As the principal judicial organ of the United Nations, the ICJ has a vital role to play in the peaceful settlement of disputes. Ukraine also requested the Court call upon Russia to halt immediately all military actions in Ukraine pending the Court’s review. Today, in response to that request, the Court called on the Russian Federation to act in a manner that would allow any provisional measures ordered by the Court to have an actual impact. This is another clear indication that Russia must cease its military activities in Ukraine.

Considering the gravity of the crisis in Ukraine that has resulted from Russia’s unprovoked invasion, we trust the Court is taking into consideration the dire circumstances and rapidly unfolding events and hope that it will act with utmost urgency on Ukraine’s request for provisional measures.

Each day that Russia is unconstrained in its aggression is a day that brings more violence, suffering, death, and destruction in Ukraine. The United States stands with the people of Ukraine.