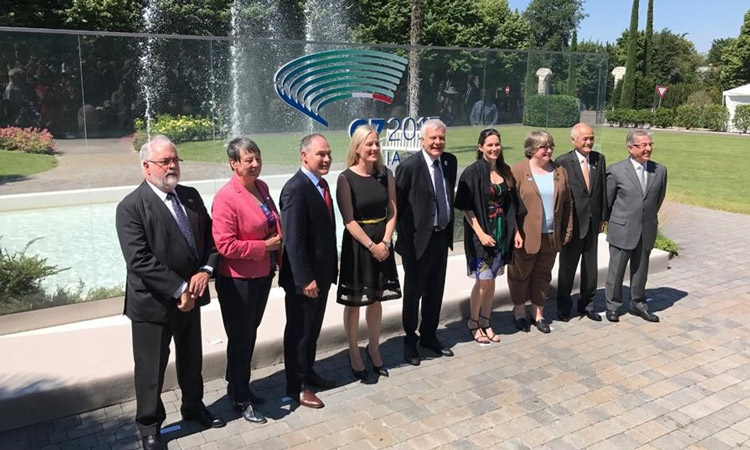 Bologna, Italy – Today, U.S. Environmental Protection Agency Administrator Scott Pruitt announced that the United States stands firm on its decision to withdraw from the Paris Agreement and has reset the conversation about climate change reflective of the new priorities of the Trump Administration and the expectations of the American people.

“Respective of the importance to engage with longstanding allies and key international partners, we approached the climate discussions head on from a position of strength and clarity. We are resetting the dialogue to say Paris is not the only way forward to making progress. Today’s action of reaching consensus makes clear that the Paris Agreement is not the only mechanism by which environmental stewardship can be demonstrated. It also demonstrates our commitment to honest conversations, which are the cornerstone of constructive international dialogue, ” said Administrator Scott Pruitt.

While a party to the communiqué, the United States did not join the climate change sections, explicitly stating:

We the United States of America continue to demonstrate through action, having reduced our CO2 footprint as demonstrated by achieving pre-1994 CO2 levels domestically. The United States will continue to engage with key international partners in a manner that is consistent with our domestic priorities, preserving both a strong economy and a healthy environment. Accordingly, we the United States do not join those sections of the communiqué on climate and MDBs, reflecting our recent announcement to withdraw and immediately cease implementation of the Paris Agreement and associated financial commitment.

The United States and its G7 counterparts found common ground engaging in robust and constructive dialogue regarding other, equally important environmental issues. The United States joined consensus throughout the communiqué including the sections discussing resource efficiency, marine litter, and environmental policies and jobs.

“The United States will continue to show leadership by offering action-oriented solutions to the world’s environmental challenges. We have indicated a willingness to engage on an international stage that stands to greatly benefit from American ingenuity, innovation, and advanced technologies. We have already demonstrated significant progress towards mitigating environmental problems and we will continue to develop these for the benefit of all nations,” Administrator Pruitt said.