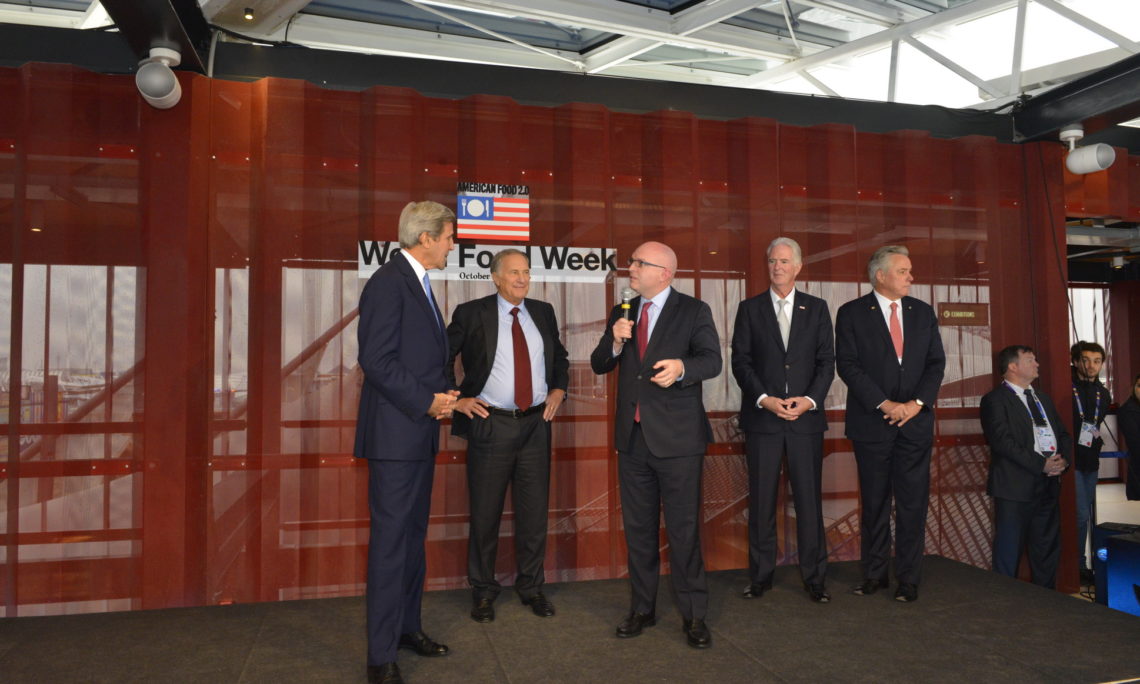 On October 29th,  the USA Pavilion doubled its initial visitor projection by welcoming six million visitors to the Pavilion! This was the ultimate record that characterized an unprecedented series of extraordinary events day after day, to the very last one, on Saturday, October 31, when a festival of music, private parties and fireworks officially closed the much-talked-about Milan Expo 2015.

In a crescendo of popularity, underlined by the presence of top governmental visits, super-summits, official statements and an ever growing global awareness for the future needs of world mankind, Expo came to an end.  A total of 21 million visitors, throughout six months, walked through the lively aisles of the Expo site and enjoyed the food and colors representing the culture and traditions of 140+ participating countries!

The United States joined this festive atmosphere by committing to participate in the global effort of reducing food waste and encouraging all nations through the words of Secretary of State, John Kerry, to participate in the upcoming COP 21 conference on Climate Change, scheduled in Paris November 30 – December 11.

John Phillips, Ambassador to the US Mission in Italy, and Ambassador Philip Reeker, US Consul General in Milan, honored the Pavilion with their presence on several occasions, hosted by the US Commissioner General, Ambassador Doug Hickey.  The three Ambassadors welcomed an astonishing number of American VIP visits, whose zenith was reached on June 17 with the Presidential visit by First Lady Michelle Obama and on October 17, when Secretary of State John Kerry came to EXPO to present his message to the world.  Long live Expo and its legacy! See you in 2020 in Dubai!