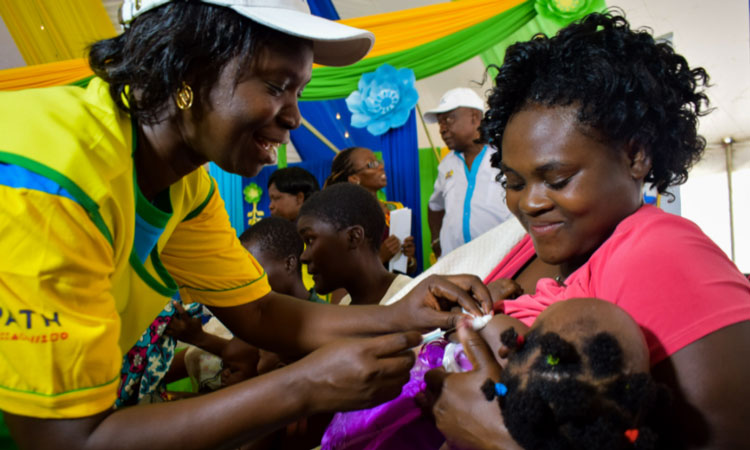 Vaccines have helped limit the spread of many deadly diseases and enabled us to eradicate smallpox. Innovators in the United States, Germany, the United Kingdom and other countries have developed safe and effective vaccines against COVID-19 that are helping fight the pandemic.

The United States is donating 610 million doses of vaccines to low- and middle-income countries and economies. Most of the donations are through the COVAX Facility, an international partnership dedicated to distributing vaccines equitably. The U.S. has also contributed $4 billion to Gavi, the Vaccine Alliance, in support of COVAX.

President Biden’s call for America to serve as an “arsenal of vaccines” for the world builds on U.S. investments in biomedical research and innovators’ decadeslong efforts to control and eradicate infectious diseases worldwide.

Polio paralyzed hundreds of thousands of children annually before Jonas Salk, an American physician, medical researcher and virologist, developed a vaccine in 1955. A massive global vaccination effort has reduced cases of polio 99% between 1988 and 2013, according to the U.S. Centers for Disease Control and Prevention. With continued vaccinations, polio could become the next fully eradicated disease.

U.S. researchers continue to develop vaccines for other diseases.

The National Institute of Allergy and Infectious Diseases says one of the potential vaccines for COVID-19 moved quickly to clinical trials because it was adapted from a vaccine under development to protect against MERS.

Ebola virus disease can cause fever, internal bleeding and death. The virus is transmitted between humans through contact with bodily fluids. Outbreaks have occurred primarily in Africa, including in the Democratic Republic of the Congo and Guinea in 2021.

U.S. and European regulators in recent years approved U.S. pharmaceutical firm Merck’s vaccine against the Zaire strain of the disease. The United States has been the largest single country donor to Ebola response efforts and supports national preparedness and response activities in countries with outbreaks.

The U.S. Defense Department’s Walter Reed Army Institute of Research has made rapid progress toward a vaccine for Zika and began clinical trials in late 2016.

NIAID scientists developed an experimental vaccine and began testing it in clinical trials in March 2017.

Another mosquito-borne illness, malaria, poses a risk to half the world’s population, 3.4 billion people. The disease was killing 700,000 people annually in Africa before President George W. Bush launched the U.S. President’s Malaria Initiative in 2005. By 2017, through expanded distribution of therapeutics and preventive measures such as bed nets, malaria deaths had dropped by more than half to roughly 300,000 annually.

U.S. researchers are also part of an international effort to develop a vaccine that has proven 77% effective in preventing malaria in children between 5 and 17 months old.

An existing vaccine has limited efficacy. That’s why NIAID funds research into vaccines and treatments. Several potential vaccines have shown success in animal studies and are undergoing clinical testing.