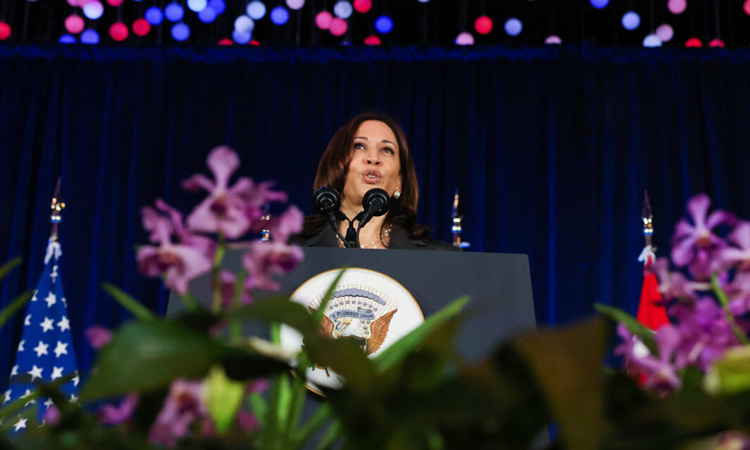 The United States is committed to a free and open Indo-Pacific, with security and prosperity for all nations, Vice President Harris said.

In a major speech in Singapore August 24, Harris outlined an “optimistic vision” for the Indo-Pacific region based on partnerships between nations committed to freedom of navigation, trade, human rights and sustainable growth.

“The United States will pursue a free and open Indo-Pacific that promotes our interests and those of our partners and allies,” Harris said. “We have enduring interests in this region, and we have enduring commitments as well.”

Harris spoke during an August 22–26 trip to Singapore and Vietnam, where she met with leaders of both countries and announced plans for advancing partnerships and prosperity while tackling the climate crisis and ending the COVID-19 pandemic.

In August 25 meetings with Vietnamese leaders, Harris announced an additional donation of 1 million COVID-19 vaccine doses, bringing the total number of doses the United States has donated to the country to 6 million. She also announced more than $100 million in U.S. aid to Vietnam to support health security, education, women and ethnic minority-owned businesses, and clean energy development.

The United States also is working with multilateral institutions to spur economic growth and end the pandemic. Harris announced a U.S. offer to host the Asia-Pacific Economic Cooperation forum, which promotes trade, investment and inclusive and sustainable growth among nations along the Pacific rim, in 2023.