Home Homepage | News & Events | Voices from the Border: a new approach to migration and integration 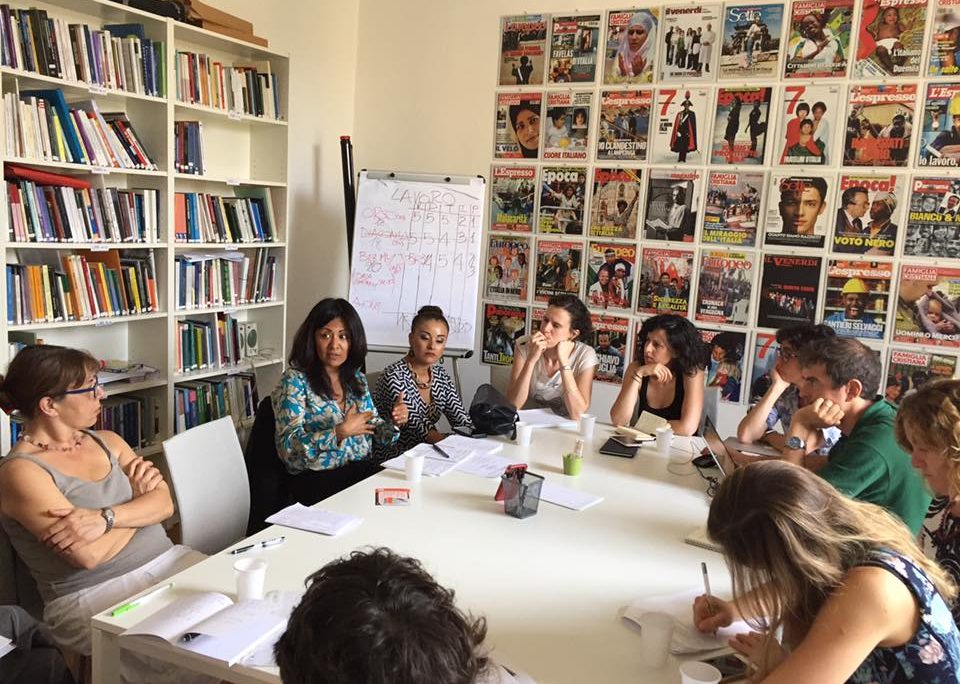 Though integration and diversity have long been important issues for both the U.S. and Northern Italy, they have become even more central in recent months. Several projects and proposals have been advanced by Northern cities in an effort to foster discussion on these issues as Italy embarks on the next phase following the migration crisis. On June 19th and 20th, The U.S. Consulate in Milan hosted events on migration and integration with Dr. Gabriella Sanchez in both Turin and Milan. Professor Sanchez was Assistant Professor of Security Studies and Associate Director for Research at The University of Texas El Paso’s National Security Studies Institute and is currently a Fellow at the Migration Policy Centre and Lead of Mobility Facilitation Research at the European University Institute in Florence. The panel on which Dr. Sanchez spoke on June 20th, together with Bardonecchia Mayor Francesco Avato and activist Roland Siewe at the University of Torino, Campus Einaudi was entitled “Another kind of border: Bardonecchia.,”

A specialist in the field of National Security and a Mexican immigrant to the U.S. herself, the multifaceted experience of migration and integration is both professionally and personally rooted in Dr. Sanchez’s life. Her discussions with scholars and students regarding her research and experience emphasized that migration is a complex issue with an important human dimension and needs to be addressed as such in the media as well as policy debates. She brought attention to the sexism in the migrant experience and the corruption experienced by migrants within the realm of smuggling. urther, she stressed the need to implement a strategy extending beyond monetary donations to various charities in order to better the everyday lives of migrants.  Dr. Sanchez explained that the media often distorts the issue of migration by exploiting and dramatizing of the criminal aspects and the inherent trauma. According to her experiences, this makes it difficult for the issue to be properly addressed, as it becomes less of a problem of humanitarian efforts and more of a media sensation.

Later in Turin, Dr. Sanchez participated in a round table discussion at FIERI – an independent migration and integration research focused institute – with 10 academics and researchers on the topic of countering migrant smuggling along with the US-Mexico Border and how it relates to Europe’s current migration situation.

On Thursday June 21st, Dr. Sanchez spoke at a migration conference in Milan titled “Voices from the border: Migration is a story to tell. Truly,” organized by Amref Health Africa. Luigi Manconi (senator of the Italian Democratic party) and Pierfrancesco Majorino (Dept. of Social Policies, Milan city government) spoke alongside Dr. Sanchez, and all emphasized the need for a broader perspective on the issue of migration, especially at such a crucial juncture in Italy. Dr. Sanchez informed the audience that the detention centers and separation of families along the border is far from a new occurrence but it is through the provocative nature of social media that the issue has received such attention. Furthermore, in order to truly better the situation of migrants, the issue must be addressed as the enduring problem that it has been for years, rather than as a phenomenon distributed via social media.

Professor Sanchez also focused on the need to be attentive to the language used when discussing migrant issues, as it can be a contributing factor to the “criminalization” of migration. This was echoed by Paola Baretta (from NGO Carta di Roma e Osservatorio ), who highlighted the aggressive tones present in Italian media with regard to migration. Other viewpoints were expressed byElisabetta Soglio (Corriere della Sera), who insisted on the need for positive media coverage in order to change people’s perspectives and Iyad Kallis (Network for Refugee Voices), who recommended a shift from judging the migrants themselves as the problem and instead framing the situation as helping people in need.