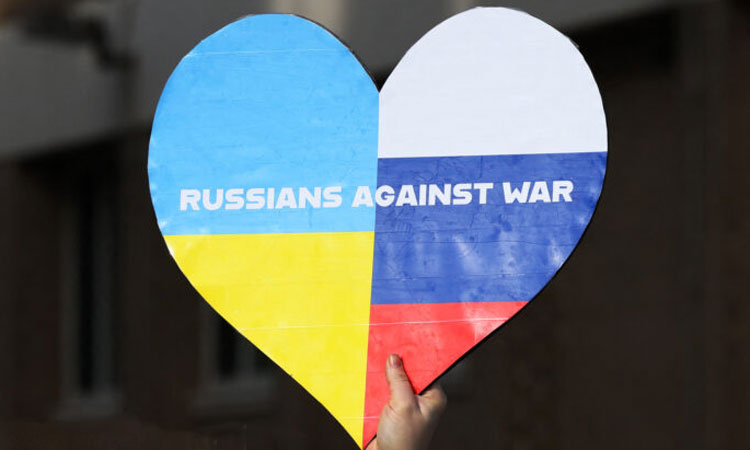 People around the world are showing support for the people of Ukraine and condemning Vladimir Putin’s unprovoked war — including many who were born in Russia and are now living in the United States.

“Russian people have a moral duty to stand up and say something when Russia is doing something bad,” a 40-year-old woman named Yevgenia told the New York Daily News in late February after returning from a pro-Ukraine rally in Times Square.

“It’s so unprovoked and egregious and appalling. We’re very culturally close with Ukraine, but of course they are a distinct country at the same time,” she said.

Both groups are united in their opposition to Putin and the war he provoked, USA Today reported. The invasion is opposed by nearly everyone in both groups: 87% of Russian Americans and 94% of Ukrainian Americans.

Russian Samovar’s third-generation owner, Misha Von Shats, is of both Russian and Ukrainian descent and still has family in Ukraine. He told NPR that he hopes to host fundraisers for Ukraine.

Sam Klebanov is originally from St. Petersburg, Russia, but came to the United States when he was 6, NBC Boston reported. Klebanov’s family owns Petropol, a small bookstore in Newton, Massachusetts, that specializes in Russian literature.

“We are horrified by what’s happening,” he said. “We have long been critical of the Putin government, but this is a red line that they’ve crossed, and it’s absolutely devastating.”