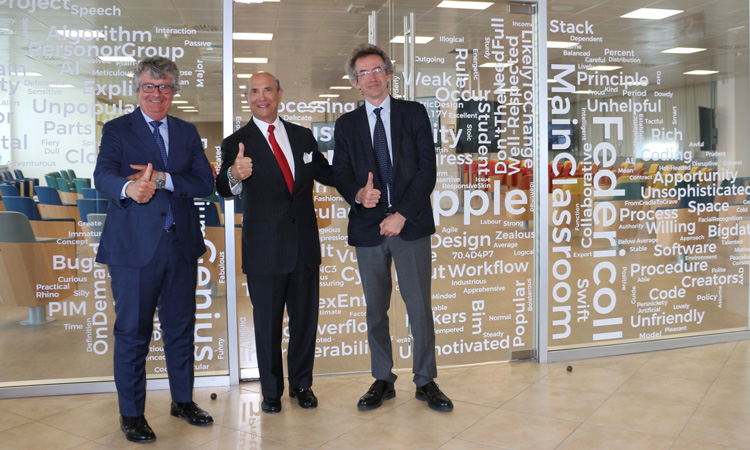 During a full-day visit to Naples, Ambassador Lewis M. Eisenberg had the opportunity to tour the three digital academies created by U.S. companies Apple, Cisco and Deloitte at the University of Naples, Federico II. After meeting with the rector of Federico II University, Gaetano Manfredi, Ambassador Eisenberg interacted with students of the digital academies that through public-private partnerships have created new opportunities in Southern Italy. “Here you can feel the power of innovation and the energy of younger generations,” the ambassador said after visiting the Apple Developer Academy, the Deloitte DigitaAcademy program and the Cisco Transformation Lab.

On the same day, he discussed the role of the NATO Hub for the South and the future of cooperative security with Admiral James Foggo, commander of Allied Joint Force Command (JFC) Naples at his headquarters in Lago Patria.

The visit ended at the Naples headquarters of digital news outlet Fanpage, where the Ambassador met the director Francesco Piccinini for a video interview that reached over 420,000 views.