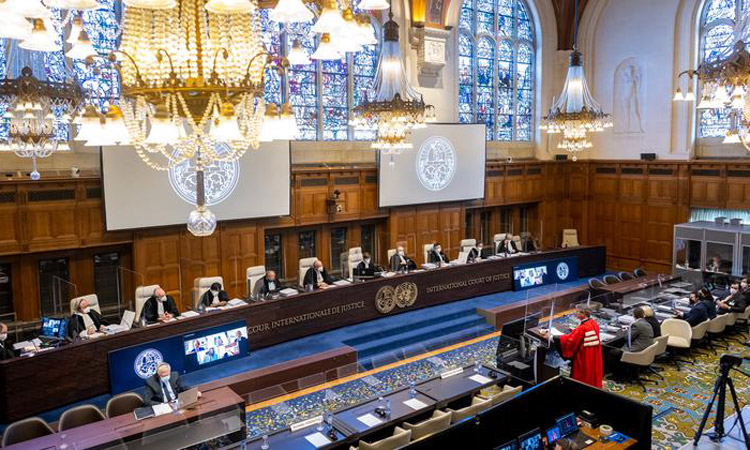 The International Court of Justice today issued a significant ruling in Ukraine’s case against the Russian Federation under the Convention on the Prevention and Punishment of the Crime of Genocide. The ruling clearly and unequivocally ordered Russia to immediately suspend the military operations Russia commenced last month and further directed Russia to ensure that anyone subject to its direction, including military or irregular armed units, take no steps in furtherance of such military operations.

The Court – which plays a vital role in the peaceful settlement of disputes under the UN Charter – stressed the need for States to act in conformity with their obligations under international law, including the laws of war.  And the Court expressed deep concern about the extreme vulnerability of the civilian population of Ukraine, the numerous civilian deaths and injuries that have resulted from the Kremlin’s actions, and the significant material damage, including the destruction of buildings and infrastructure.  The Court further noted its profound concern with the Russian government’s use of force and emphasized the Court’s acute awareness of “the extent of the human tragedy that is taking place in Ukraine” as well as the “continuing loss of life and human suffering.”  The Court also observed that it did not possess any evidence substantiating Russia’s claims that genocide had been committed by Ukraine in the Donbas region.

We welcome the Court’s order and call on the Russian Federation to comply with the order, immediately cease its military operations in Ukraine, and to establish unhindered humanitarian access in Ukraine.

The United States will continue to act with our allies and partners in support of Ukraine.