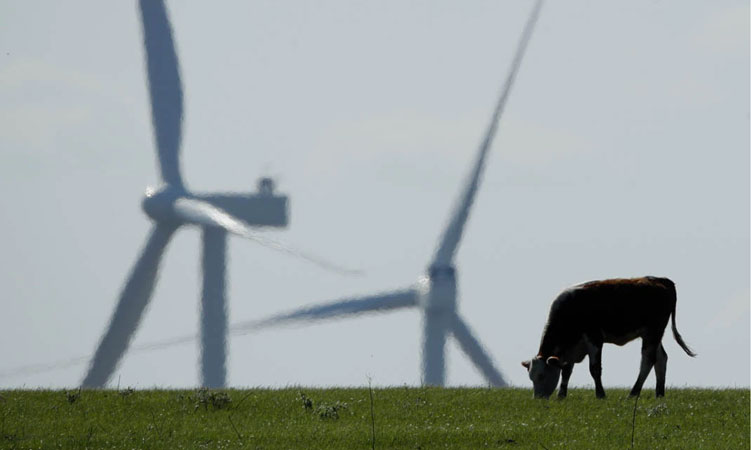 Heading into the 27th Conference of the Parties to the United Nations Framework Convention on Climate Change (COP27) in November in Sharm El-Sheikh, Egypt, the United States is on track to meet its climate commitments toward the goal of limiting global warming to 1.5 degrees Celsius.

“Glasgow was just the kickoff for a decade of ambition, action, and innovation. And we look toward COP27,” said President Biden at the Major Economies Forum on Energy and Climate in June. “We have to dedicate ourselves, as we look forward to it, to delivering on existing goals and undertaking additional efforts to boost our progress.”

In the past year, the United States upheld its COP26 climate commitments in important ways.

Tackling the climate crisis at home

The United States government passed the largest climate legislation in its history in 2022.

This will be thanks in large part to a $369 billion investment, which will help the U.S. private sector install 950 million solar panels, 120,000 wind turbines and 2,300 grid-scale battery plants.

Biden signed the instrument of ratification of the Kigali Amendment to the Montreal Protocol on Substances that Deplete the Ozone Layer on October 26. The Kigali Amendment calls for a reduction in the consumption and production of hydrofluorocarbons, which are greenhouse gases. Implementing the amendment worldwide will prevent as much as half a degree Celsius of warming by the end of the century, says the U.S. Department of State.

Ratifying the amendment supports 33,000 new U.S. manufacturing jobs and generates $12.5 billion in new investments in the U.S. economy over the next decade, as U.S. manufacturers create green hydrofluorocarbon alternatives.

Helping countries around the world

Additionally, Biden has continued to work with the U.S. Congress on his President’s Emergency Plan for Adaptation and Resilience (PREPARE), which he announced at COP26.

PREPARE is a whole-of-government effort to help more than half a billion people in developing countries adapt to the impact of climate change by 2030 and is coordinated jointly by the State Department and the U.S. Agency for International Development. In September, the White House released the PREPARE Action Plan (PDF, 417KB), which details priorities and lines of effort that 19 federal agencies are taking to implement PREPARE.

At COP26, the United States and the European Union launched the Global Methane Pledge to reduce 2020 levels of anthropogenic methane emissions at least 30% by 2030. The United States is also leading the effort to reduce emissions of methane — a greenhouse gas over 80 times more potent than CO2. This is the fastest way to lower global temperatures and is essential to limiting warming to 1.5 degrees Celsius, the State Department said.

Other recent U.S.-led initiatives and partnerships include: