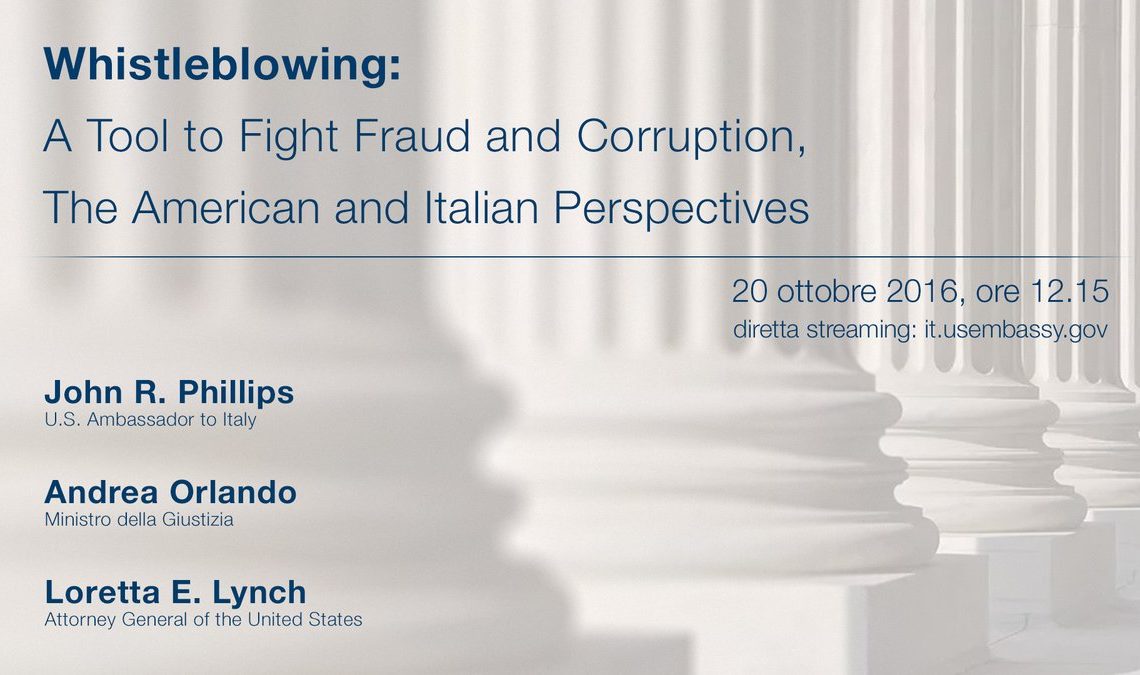 On October 20, 2016, U.S. Ambassador John Phillips hosts a conference on “Whistleblowing: A Tool to Fight Fraud and Corruption, The American and Italian Perspectives”