Home Homepage | News & Events | Why so much time from election to inauguration of a U.S. president? 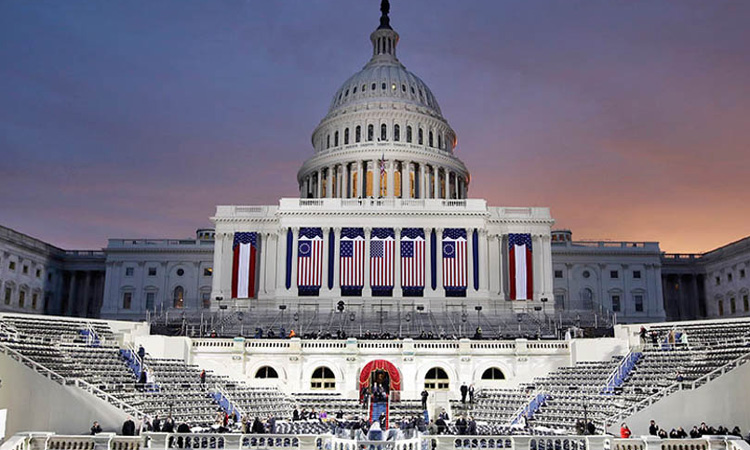 While many democracies swap in new leaders in a sprint, the U.S. ambles along with a transition period of 11 weeks.

But slow as that might seem, it’s shorter than the four months the Constitution originally left for the handoff of power from an incumbent to a new president.

Picking up the pace

The original November-March period between presidents was designed in the 18th century, when moving information and people around the country was a slow process. Unlike in many parliamentary democracies where cabinet members are often drawn from parliament, whose members live and work in the capital, political talent in the U.S. is spread across a vast country.

The difficulties the United States felt during the Great Depression helped convince leaders to swear in any newly elected president more quickly, shortening the original four-month “lame duck” period to less than three months. (The term “lame duck” refers to an elected official whose successor has already been elected. Such an individual is in a weakened position politically.)

The 20th Amendment, ratified in 1933, set the new inauguration date at January 20. Presidential elections are still held in early November.

“It does take time to pull together a cabinet and entire top tier of government,” said Jeffrey A. Engel, director of the Center for Presidential History at Southern Methodist University. “Every time a new presidential administration comes in, you have to apply frosting to the cake. The cake is the permanent bureaucracy, [and the frosting is the new appointees and Cabinet members]. As any baker knows, you can put frosting on in 30 seconds, but it doesn’t look great.”

Another reason for the U.S. retaining a nearly three-month transition period between presidents is that instead of the election being decided by the winning party in parliamentary elections, the U.S. president is officially chosen by the Electoral College weeks after a popular election. While this means that presidents cannot take office right away, the declared winner can receive funds for the transition and briefings from the outgoing administration.

Americans themselves appreciate transition time because the Thanksgiving holiday falls soon after the election and is followed quickly by Christmas, Hanukkah and other winter holidays, said Elizabeth B. Goldsmith, professor emerita at Florida State University.

The U.S. also is different in that the president is both the head of government and the head of state. (Imagine replacing both the British prime minister and queen at the same time.)

As leisurely as the power transition may seem, the switchover at the White House is so fast on January 20 that it requires a tactical team of government employees. The exiting president usually leaves his White House home for the inauguration and the new president moves in a few hours later. Goldsmith said hundreds of employees start working at the crack of dawn so that the 132 rooms of private residence and public spaces are ready for the incoming president.

“It goes into high action,” said Goldsmith, an expert on American homes. “They’re making the beds, taking out the toothbrushes. There’s a whole lot going on behind the scenes.”