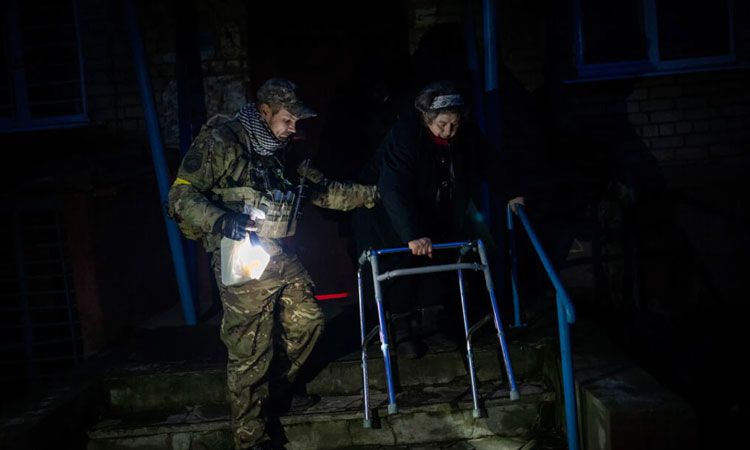 Secretary of State Antony Blinken announced the new funding November 29 on the sidelines of the NATO foreign ministers meeting in Bucharest. The assistance will deliver critical electricity grid equipment, including transformers and circuit breakers, as well as vehicles to help Ukrainians through the winter.

Russia’s military has launched six massive aerial attacks against Ukraine’s power grid since October 10, raising the prospect of blackouts amid freezing temperatures, according to The Associated Press.

“President Putin — he is now turning winter into a war — or a weapon of aggression against the Ukrainian people, and therefore we need to support Ukraine,” Stoltenberg said.

Since Putin’s February 24 invasion, the United States has provided more than $32 billion in assistance to Ukraine, including $145 million to maintain, repair and strengthen Ukraine’s power sector. The United States is also working with partner nations to bring additional emergency support to Ukraine and restore the country’s electrical grid for the long term.

The recently announced funding is in addition to $55 million in emergency energy sector support to supply generators and restore power and heat to communities.

The emergency assistance builds on long-standing U.S. support for Ukraine’s energy sector, including more than $160 million in technical support to increase energy security since 2014.

“Since February, working hand in hand with dozens of allies and partners around the world, we have acted with speed, with coordination, with determination to support Ukraine in the face of this Russian aggression,” Blinken told reporters in Bucharest.