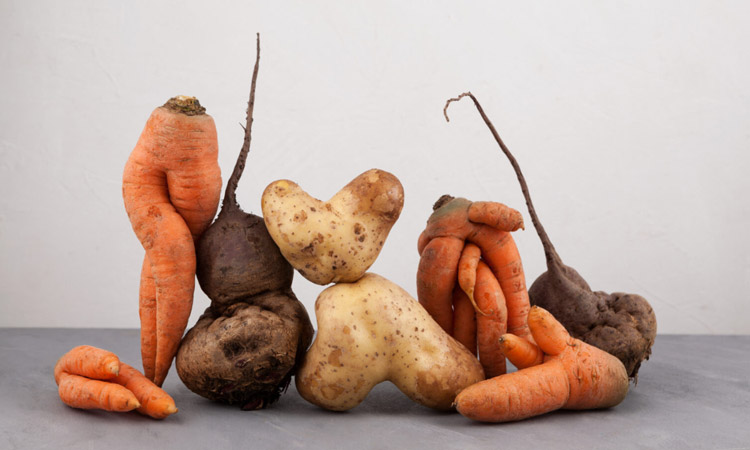 Food waste worsens world hunger and adds to greenhouse gas emissions, a leading cause of the climate crisis.

The United Nations estimates that roughly one-third of all food is wasted or lost globally each year. Worldwide, thrown-out food accounts for 8% of all greenhouse gas emissions.

In the United States, activists and organizations promote food recycling. Their efforts help to feed communities and cut carbon emissions.

Farm to trash? No way

When 14-year-old Maria Rose Belding was volunteering for charity, she saw expired food tossed in the garbage while people waited in line at a local food bank.

“It was one of the most brutal feelings I’ve ever had,” she told the BBC in January. She spent several years developing an online platform, MEANS Database.

The platform connects restaurants and grocery stores with food banks, food pantries, soup kitchens, shelters and houses of worship, which distribute surplus or nearly expired food that would otherwise be thrown away.

The platform began small but grew quickly. “We started in two states [but] by the end of 2015 we had them in 26 [states]. We ran it out of my dorm” at American University, she said.

Since then, MEANS Database has saved more than 3.1 billion kilograms of food and served over 537,000 meals to Americans.

“We’re on a mission to create a food system that can put people and our planet first,” said CEO and co-founder James Kanoff.

Student volunteers drive farmers’ surplus produce to nearby food banks, which then distribute the food to Americans in need.

Since 2020, The Farmlink Project has rescued nearly 24.5 million kilograms of food and delivered 44.8 million meals across the United States. This prevented release of 10,300 metric tons of carbon dioxide, the equivalent of 2,200 cars taken off the road.

“When we grow food, we want it to be eaten,” the company says, “honoring all the resources that went into growing it — water, energy, financial investment, time, and care.”