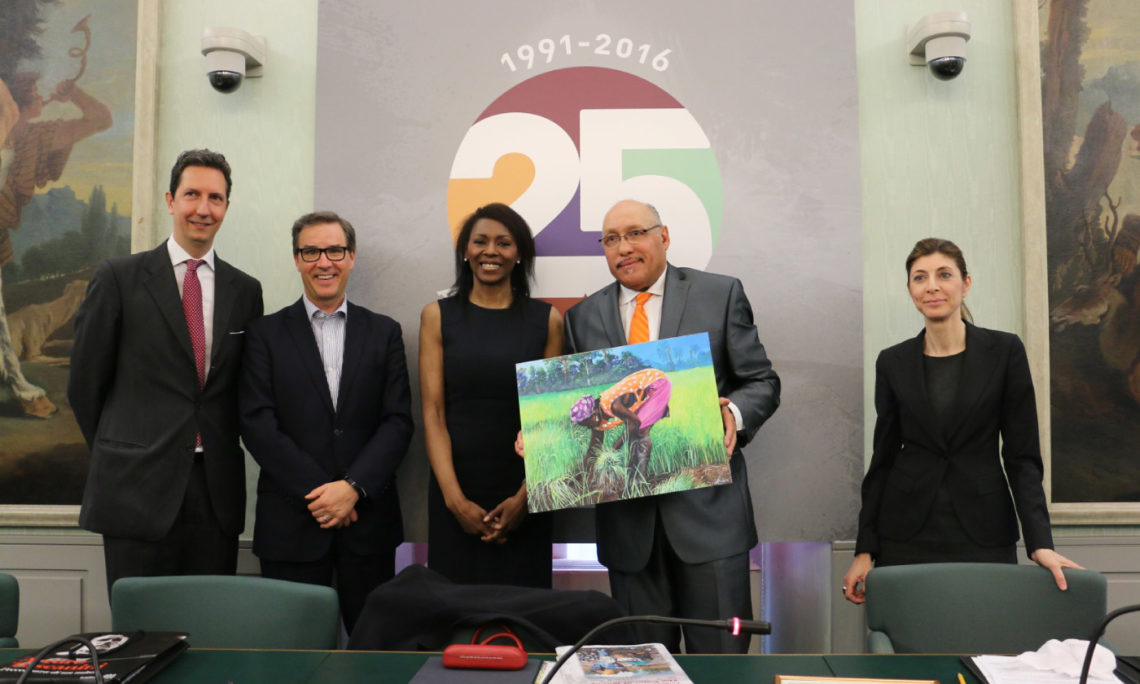 On Wednesday April 26th, Public Affairs Officer Christopher Wurst spoke at a press conference hosted by the Cariplo Foundation to highlight American Gullah culture and heritage at a workshop hosted by the Accademia delle Belle Arti of Brera. The program was organized by Fare Arte and Global Culture Talks, and included the participation of John W. Jones, Gullah Artist and Lecturer.  During the press conference, Wurst awarded Mr. Jones with the U.S. Consul General’s Award for Cultural Diplomacy.

The Gullah is a distinctive group of African Americans whose origins lie along the coasts of South Carolina and Georgia, and the adjacent Sea Islands. They live in small farming and fishing units, in tightly knit communities that have survived slavery, the Civil War, and the emergence of modern American culture.  Because of their geographical isolation and strong community life, the Gullah has been able to preserve more of their African cultural heritage than any other group of African Americans.

They speak a Creole language similar to Sierra Leone Krio, use African names, tell African folktales, make African-style handicrafts such as baskets and carved walking sticks, and enjoy a rich cuisine based primarily on rice.  Today, various factors threaten Gullah communities, including developers seeking land to build resorts and condominiums along with younger generations leaving ancestral Gullah lands for college or employment and not returning.